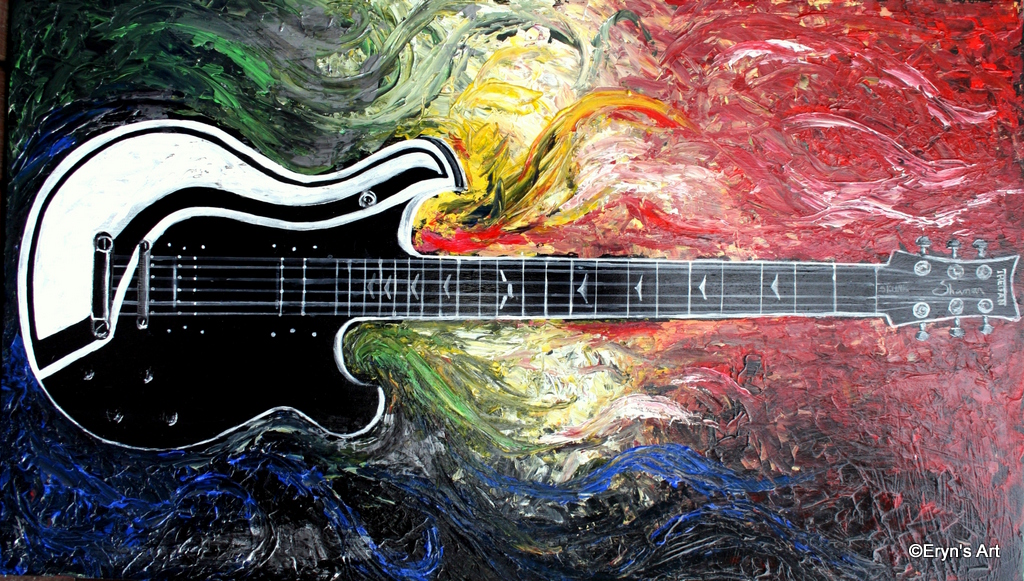 I was introduced to this client through a friend. She had been looking for a local artist who could create a painting of her boyfriend’s custom guitar. He is a local Austin musician named Skunk Manhattan and she wanted to capture the many facets of his music while keeping the focus ON THE GUITAR itself. As she described her vision to me, our conversation became more animated and I quickly became excited about the direction for this piece. Before I ever started on the project, I spent the following month just listening to his music and watching his YouTube videos to get a feel for who this musician actually was. What stood out the most to me, other than his talent in multiple genres, was the “fire” he put into his playing. The finished project is my visual representation of his music. Grounded in Blues and bursting forth in energy and fire, the colors vary with the moods of his melodies but all sourcing from the heart of the piece, his guitar.